STYX is a metaphor, an attempt to bridge our world and the Greek mythology, with for final ambition the creation of a new place. The starting point is EDSA, this main highway which crosses Metro Manila, this urban nightmare, which prints its rhythm in the entire city. EDSA can be perceived as a pure violence, and, from this perspective, it is possible to build a piece of work.

STYX uses the myth of the Greek river which forms the boundary between Earth and the Underworld. The river is the passage imposed between both worlds and transports the souls of the newly deads.  Human beings circulate and are not completely alive but not still completely dead. The river STYX is the border we cross, just like this EDSA which it is impossible to by-pass and which people are resigned to face daily.

Human beings are shown in their passing state. Neither completely human, nor dead. Urban and natural elements such as windows of buses, neon lights of the city, the vehicles which run, the condensation of the breaths, the concrete of the constructions play a powerful role in the visual construction of this passing and intermediary state. People wander, they float and are carried and moved by the objects of this urban hell.
"Along Metro Manila flows EDSA, the concrete river which ponctuates the life of all.
No one escapes from its grip, EDSA regulates the time, devours the youth and accelerates downfalls.
It is a hated river, the receptacle of all the pains and the kingdom of resignations.
A modern Styx which transports every day a flow of miserables in the thunder of engines.
Faces are gaunt, paralyzed of fatigue. Bodies are piled up in metal cages, saturated by the condensation of the exhausted breathings. The crowd walks against the current along the mechanical hell.
It looks for its stop, it looks for its starting point." 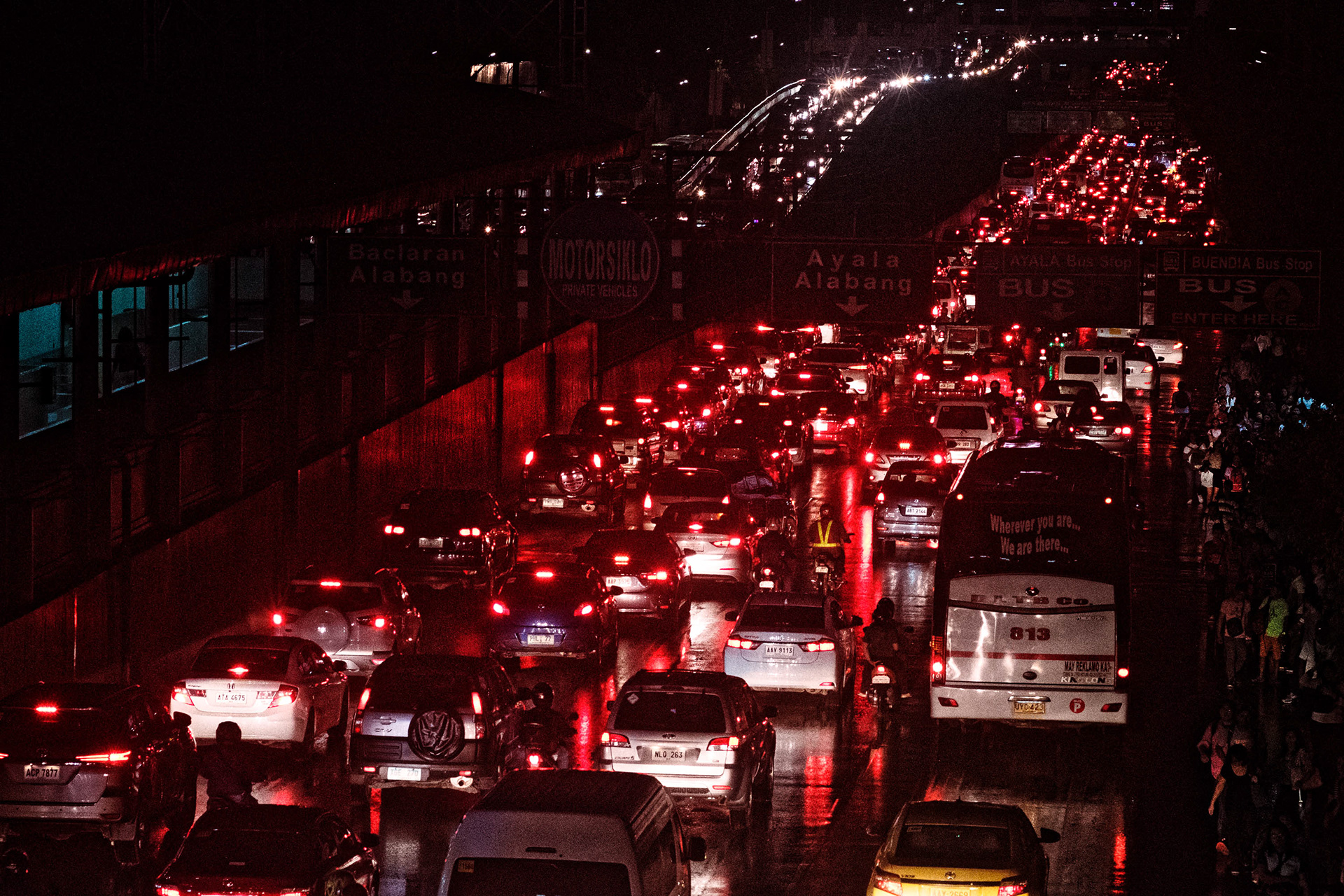 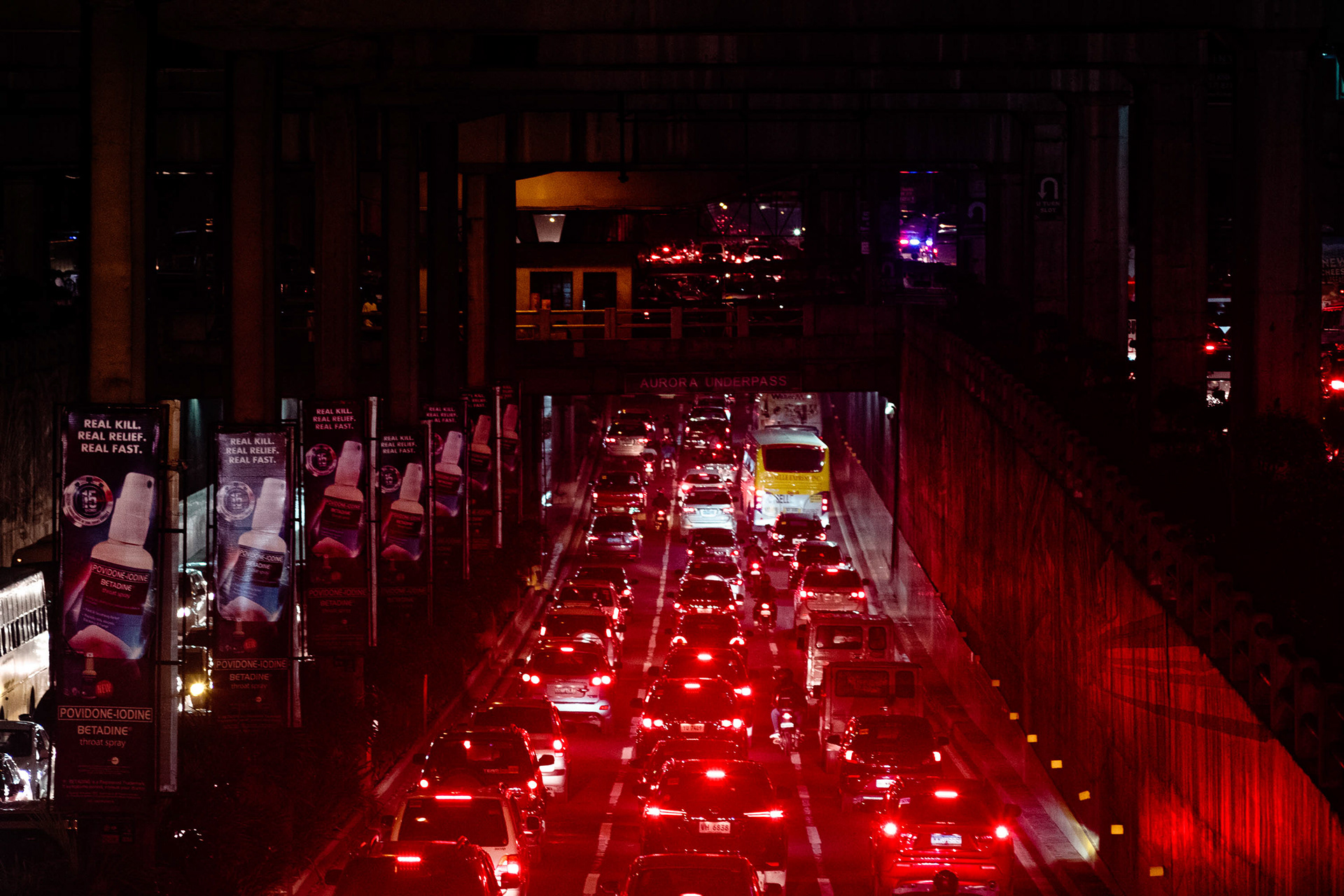 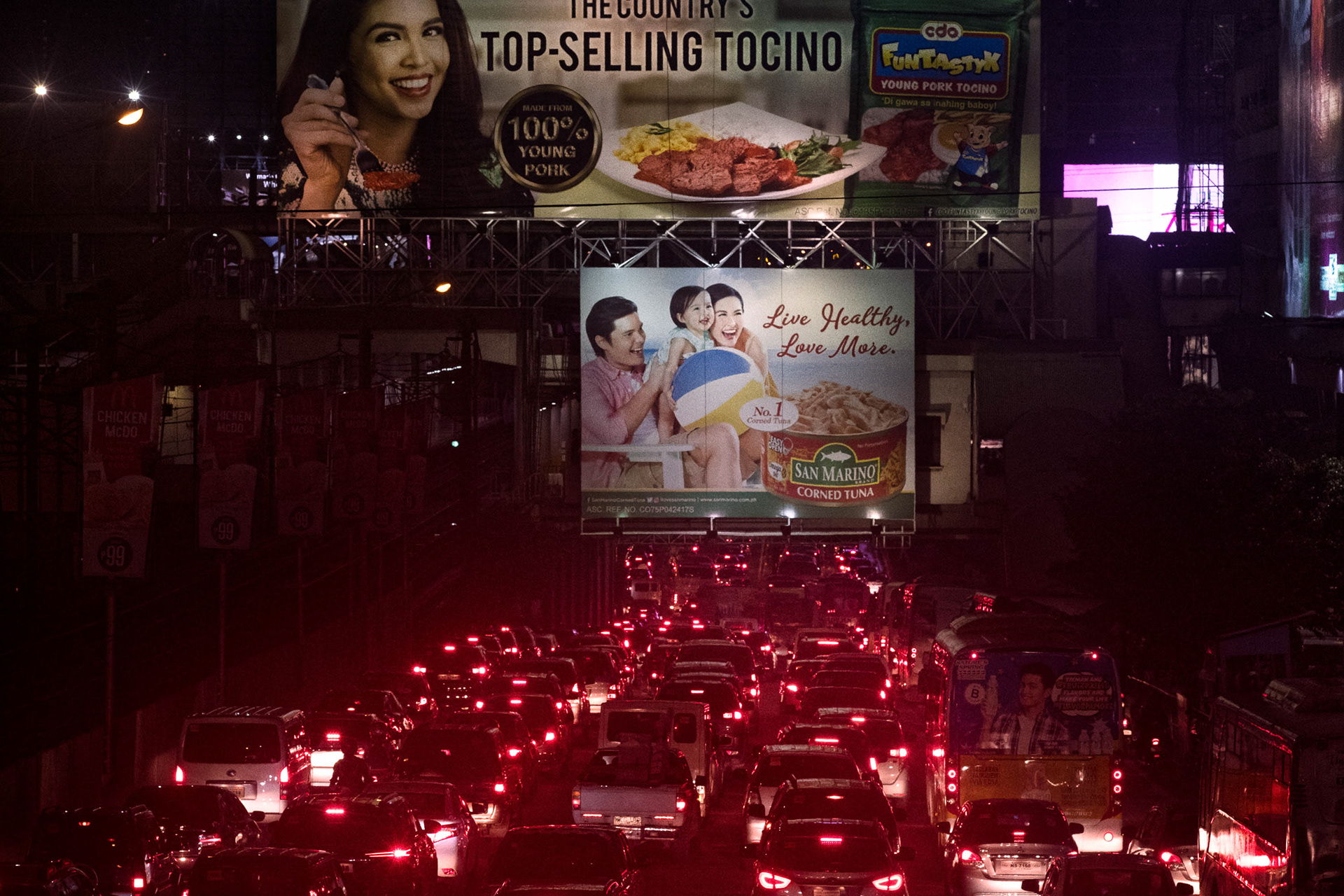 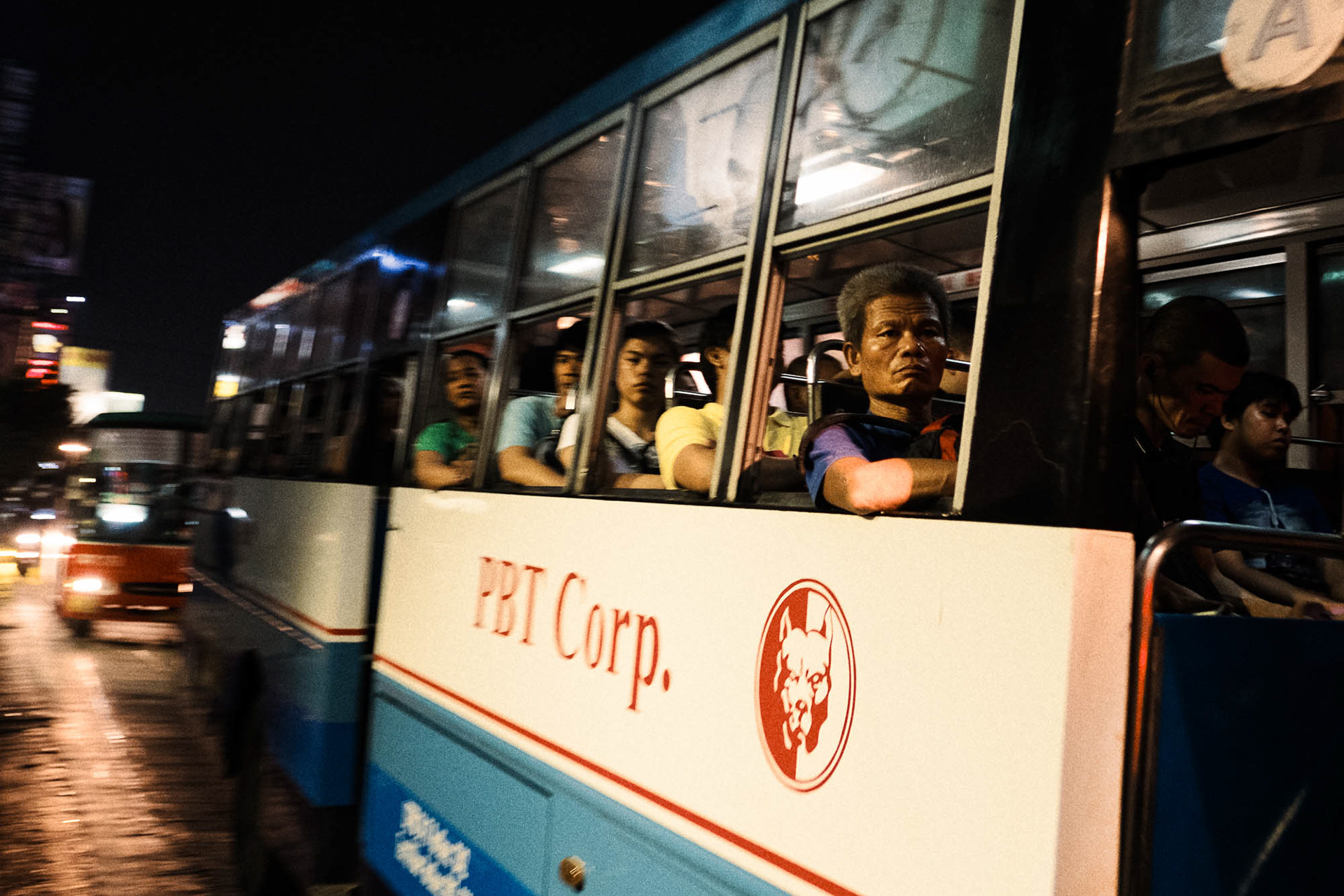 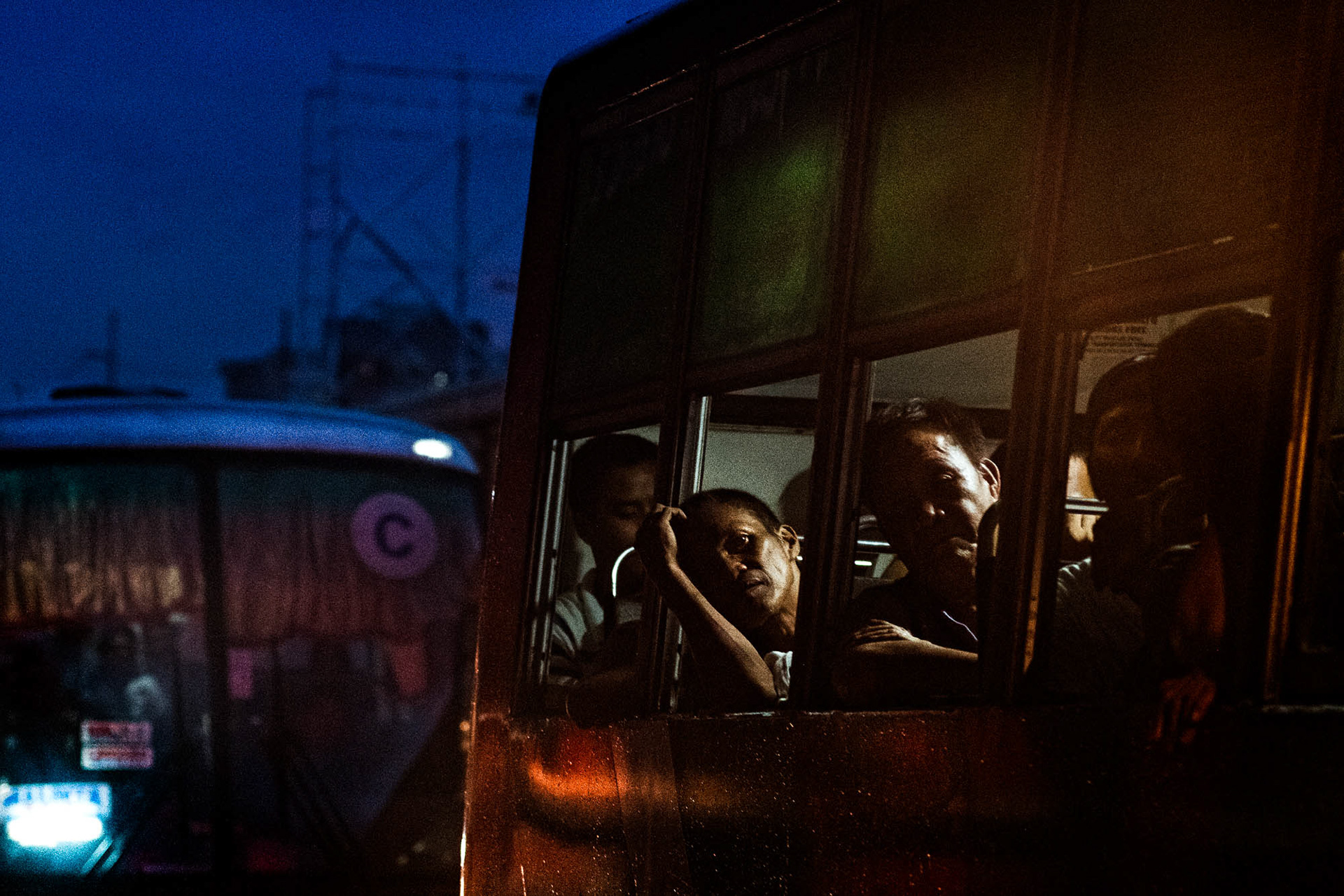 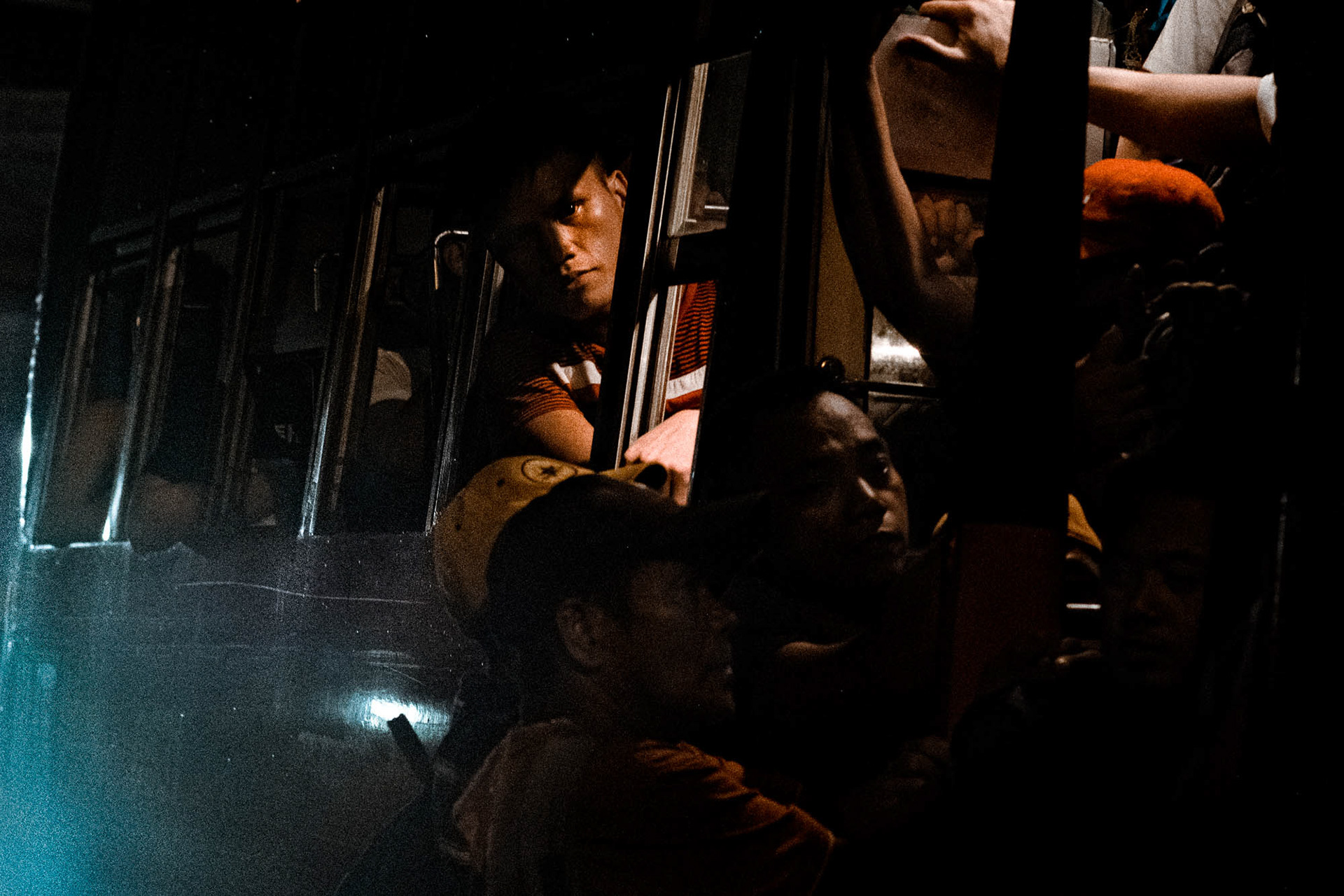 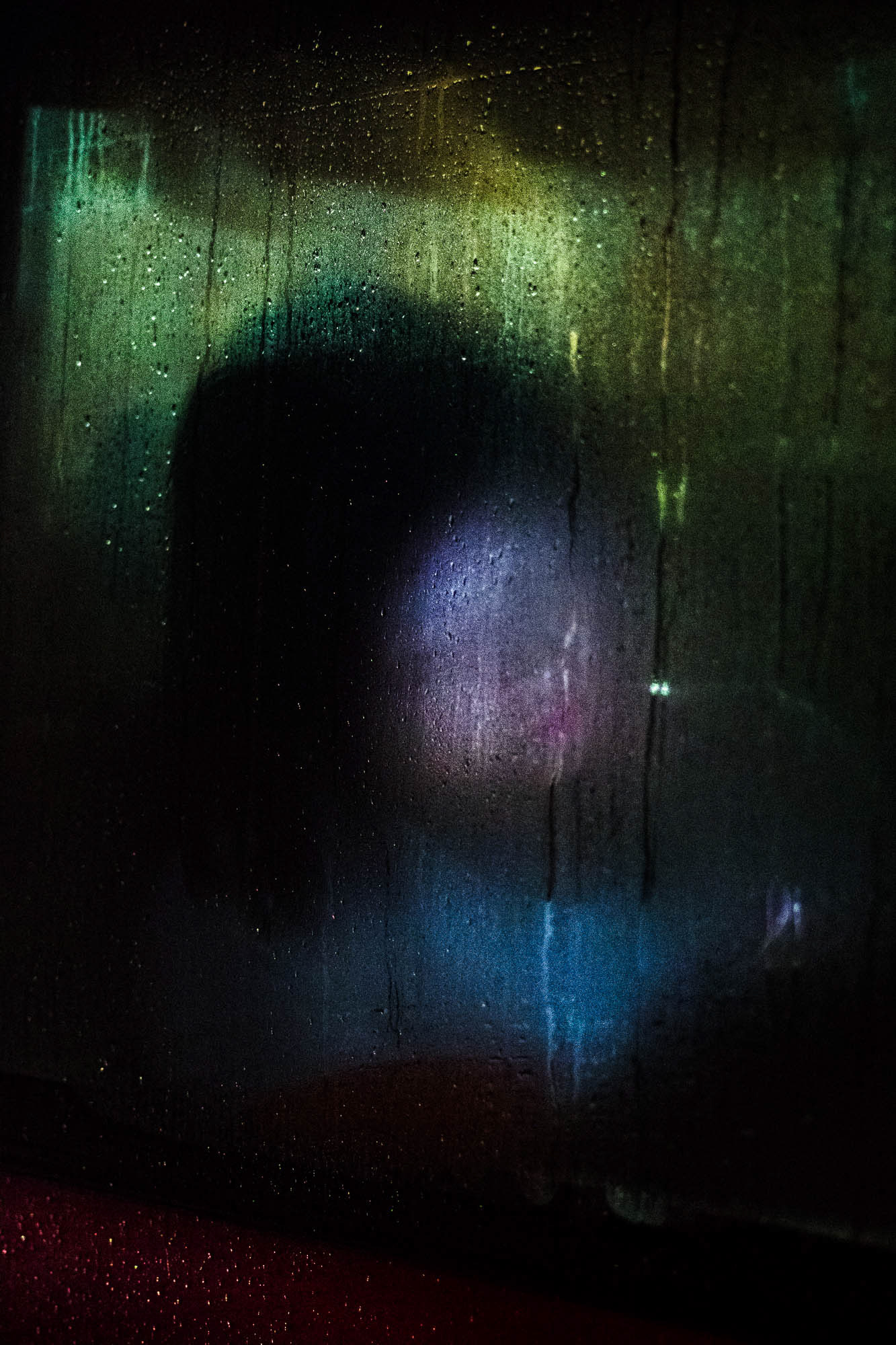 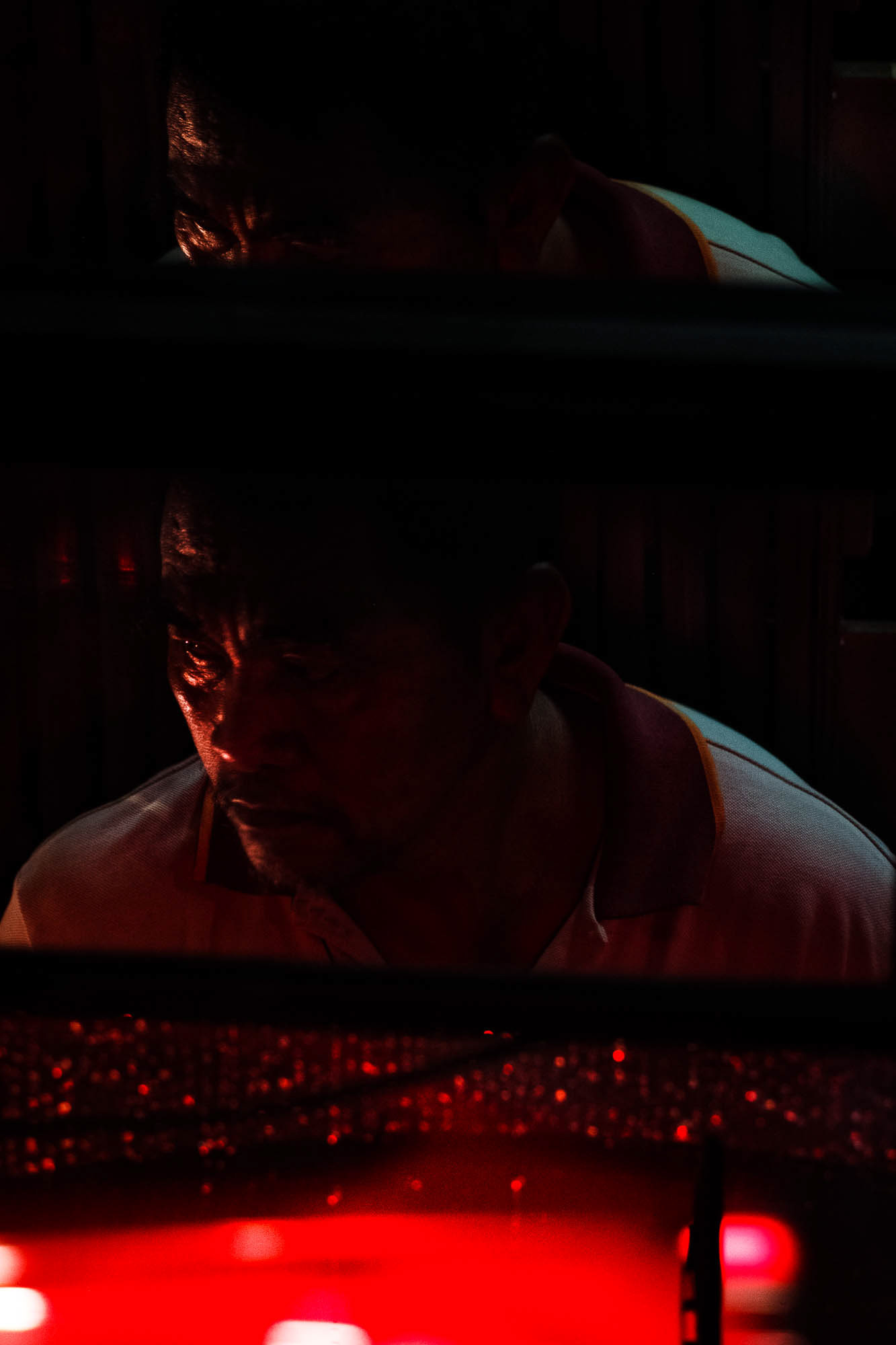 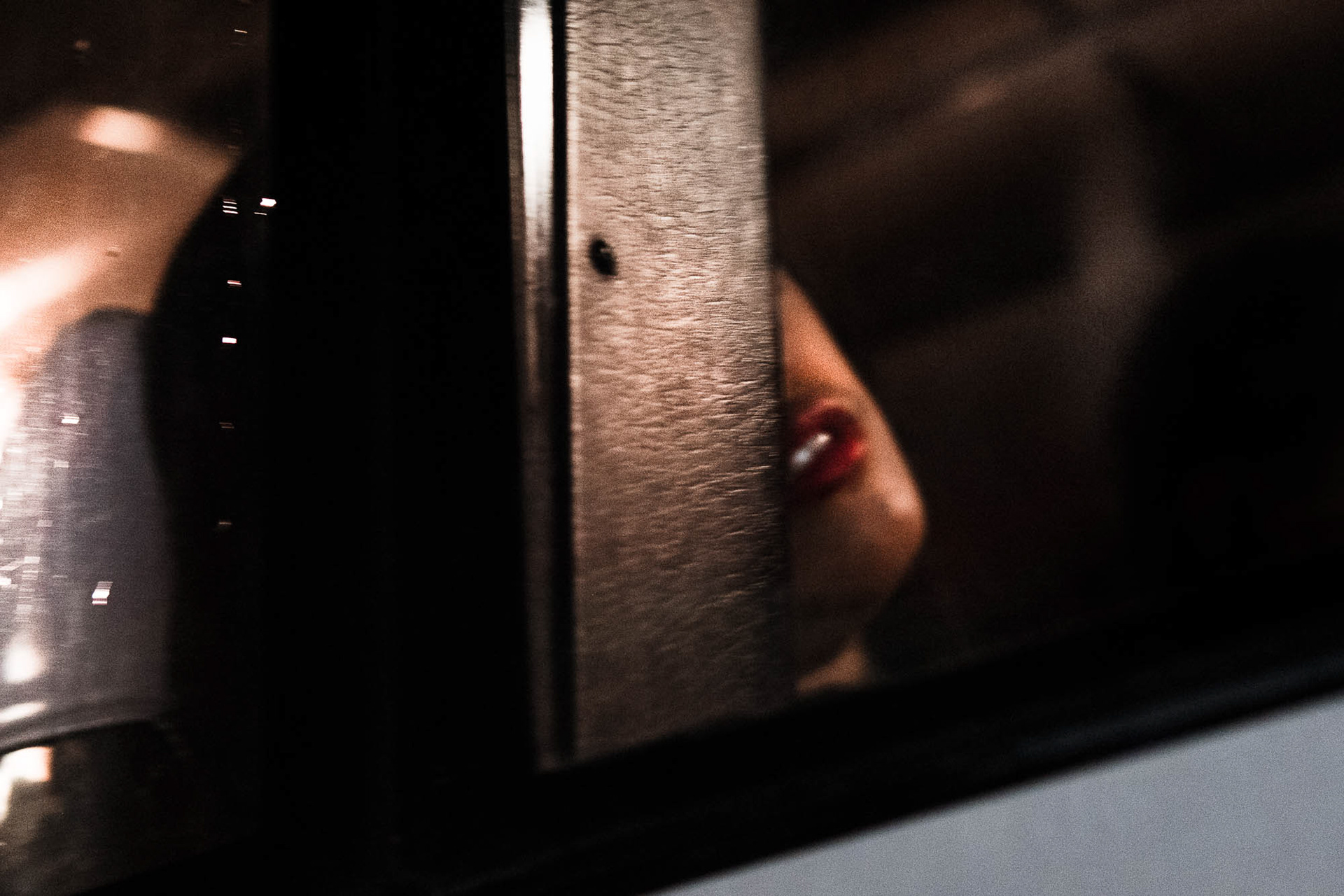 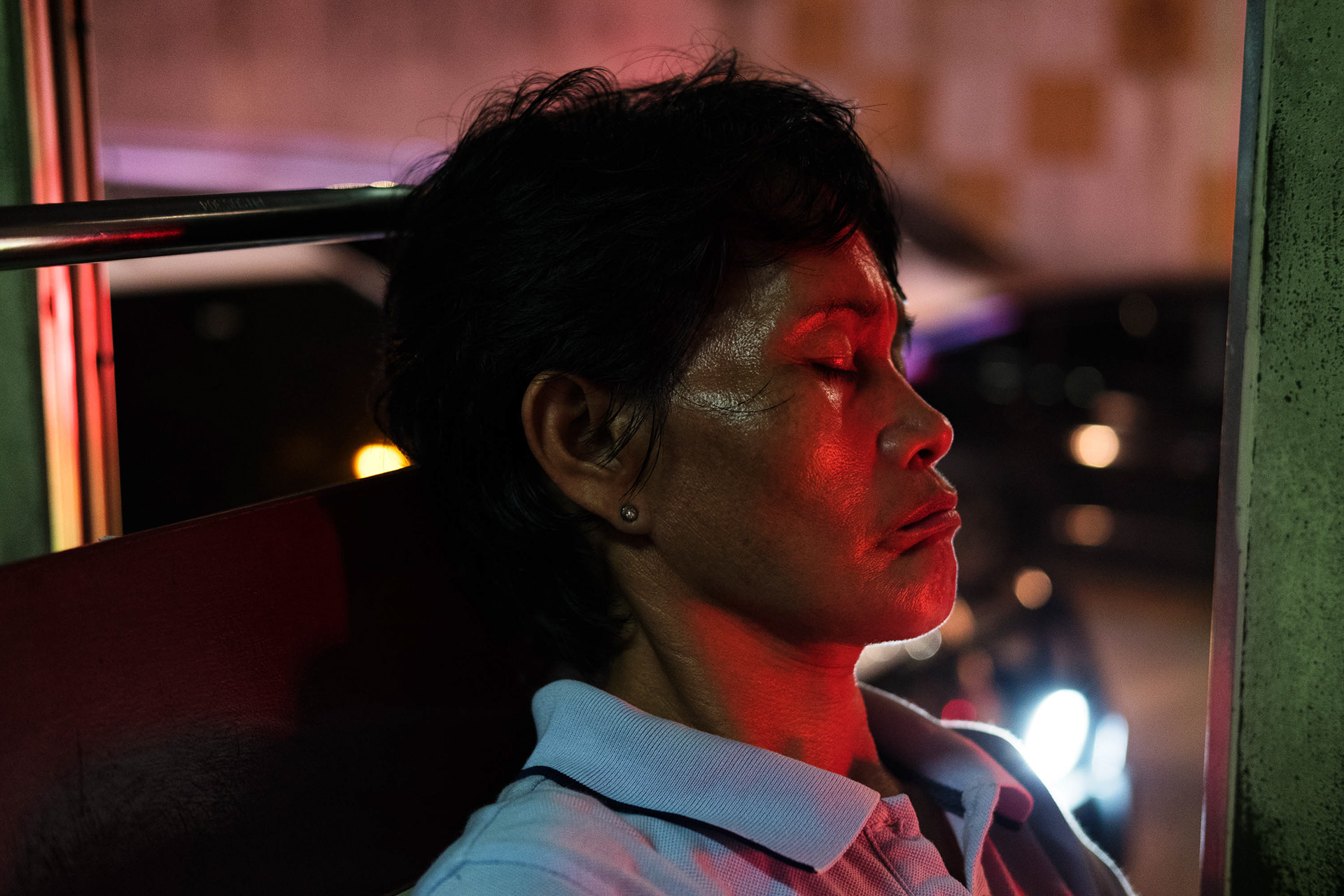 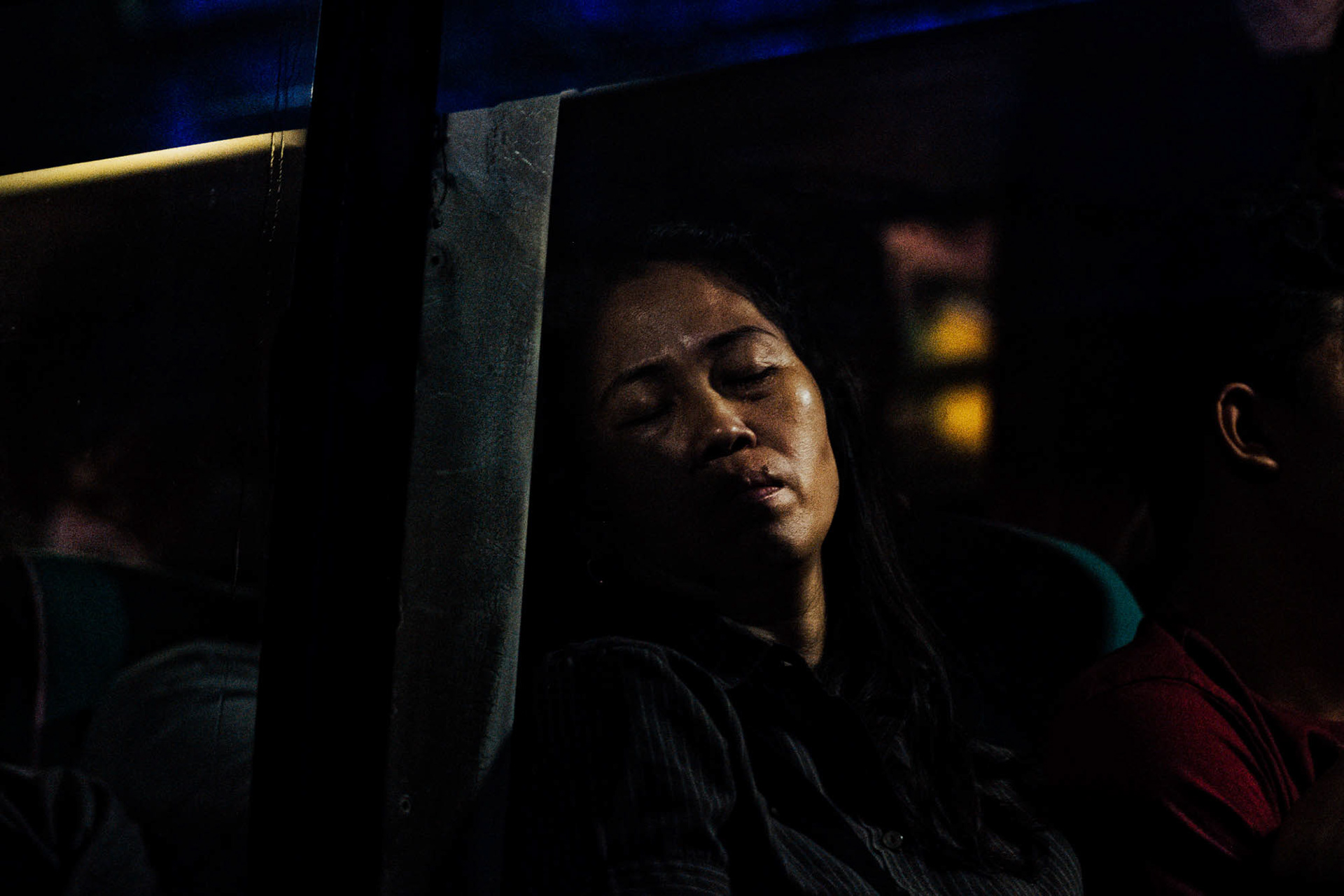 Silhouettes behind a window,  2017 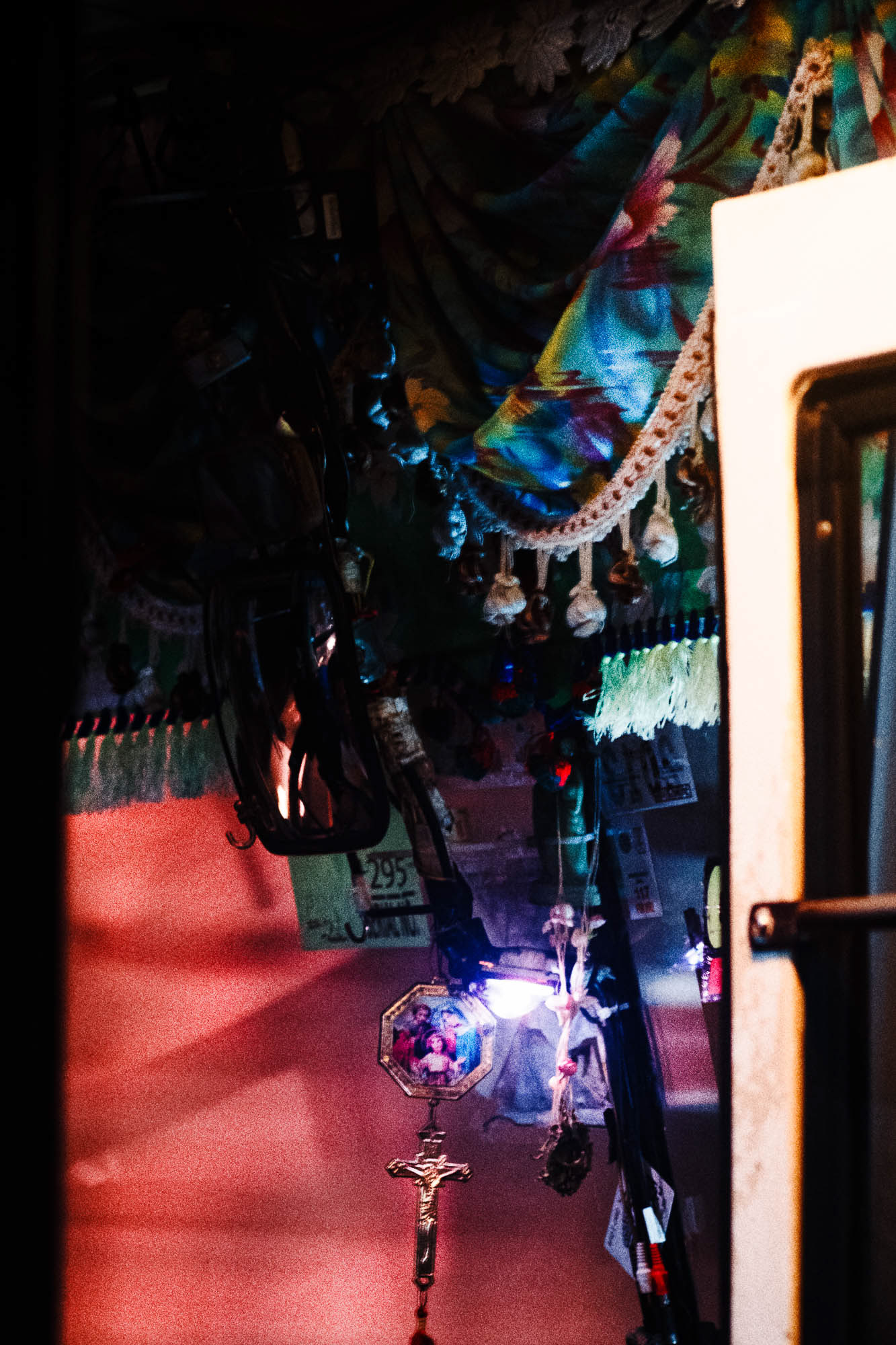 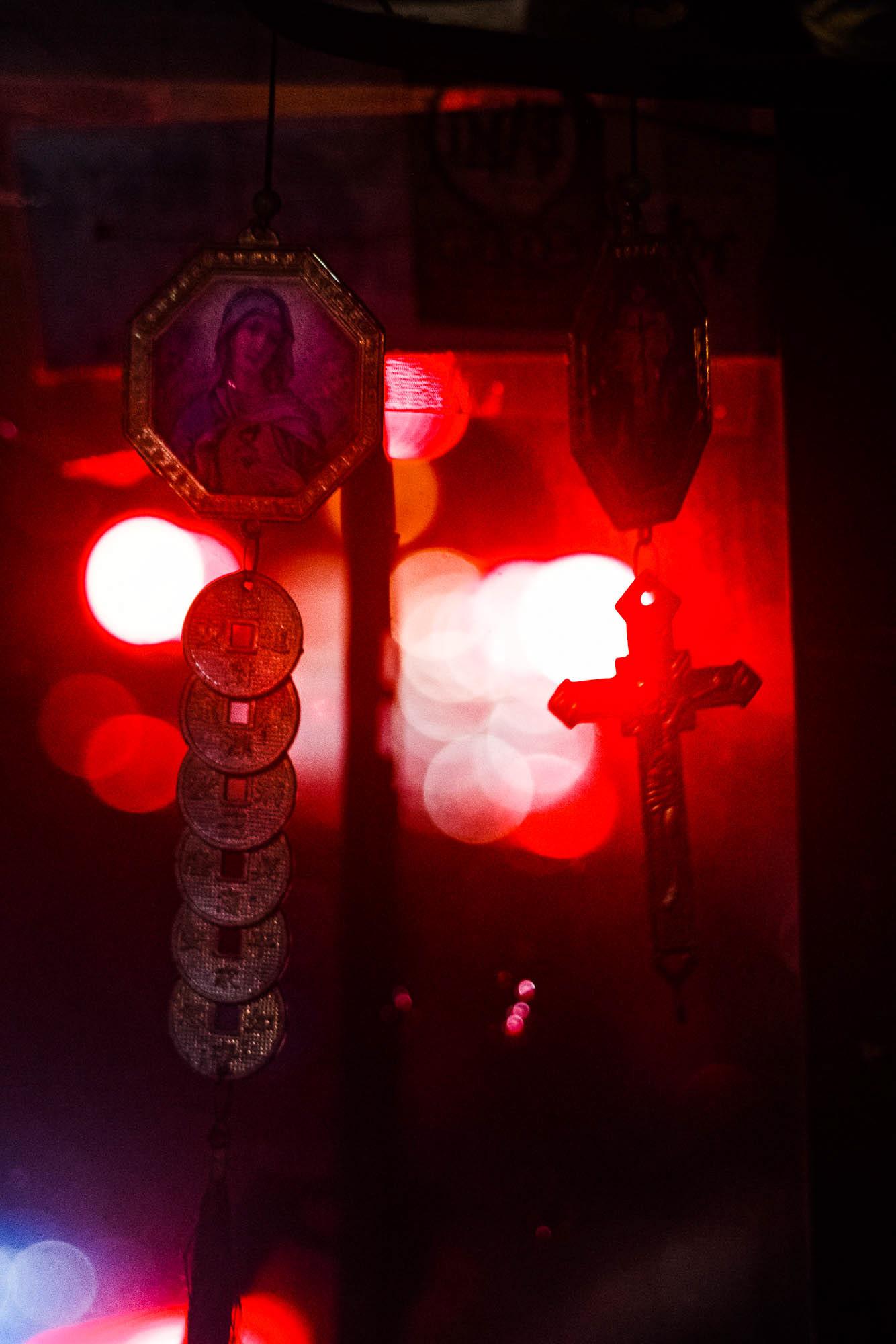 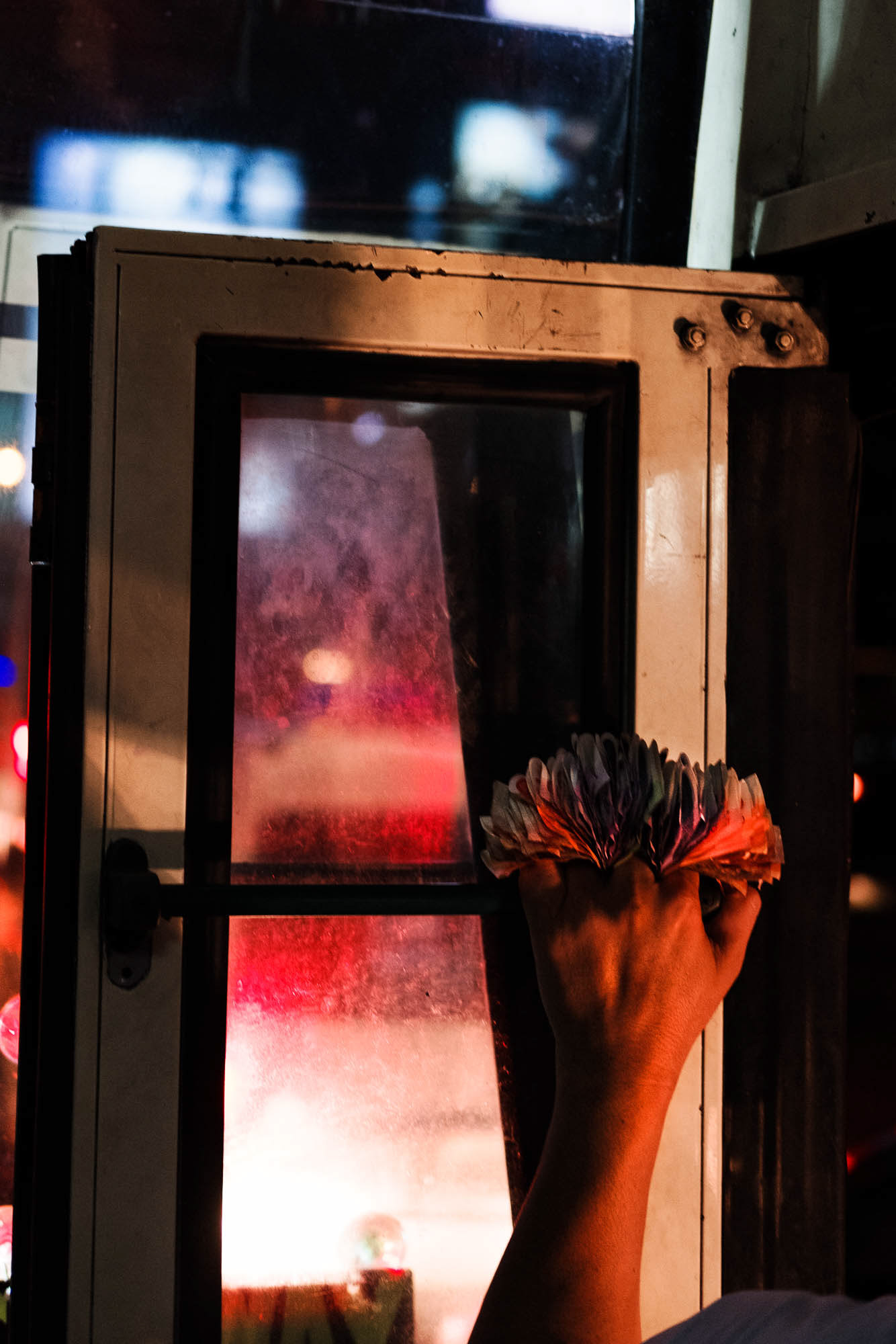 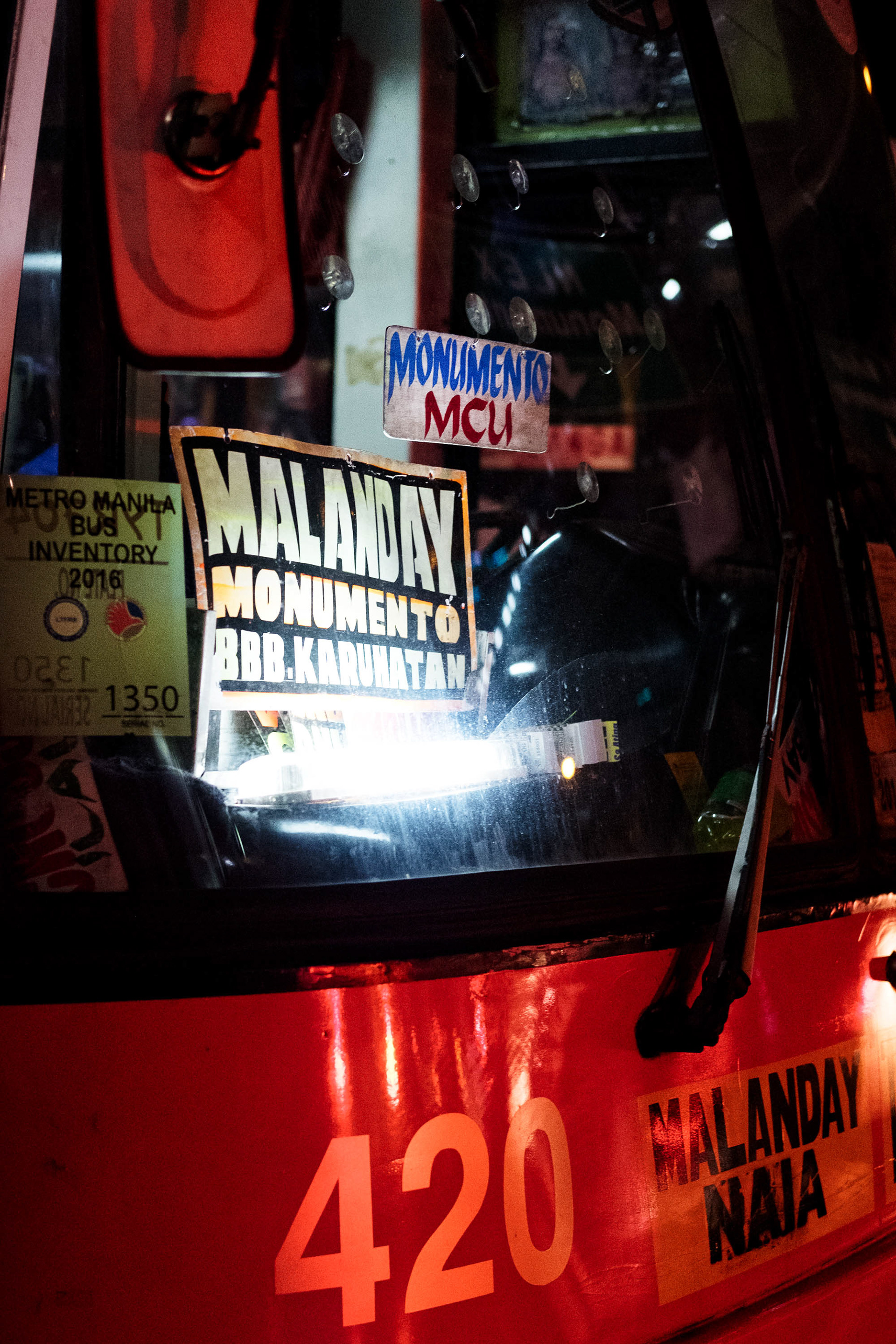 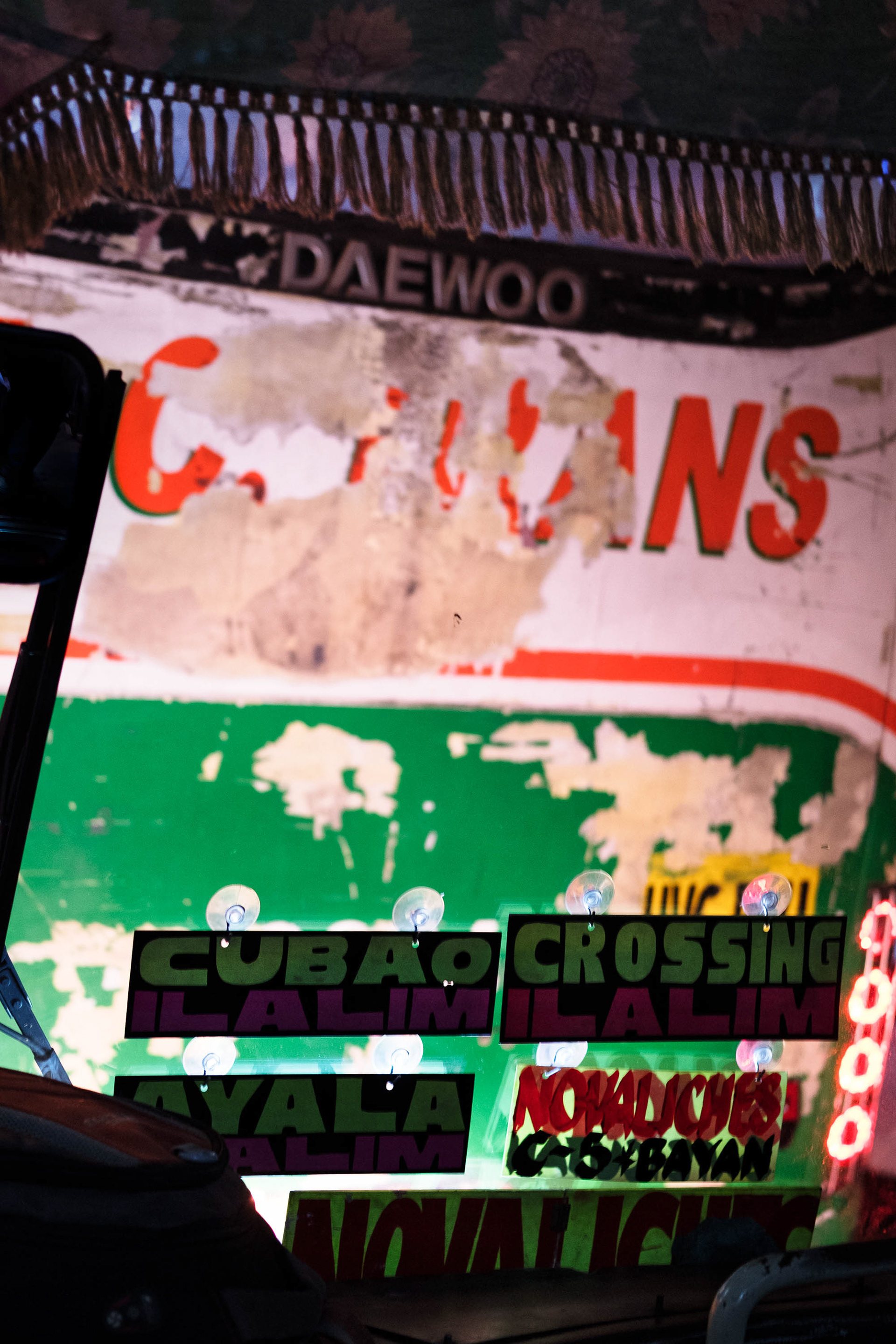 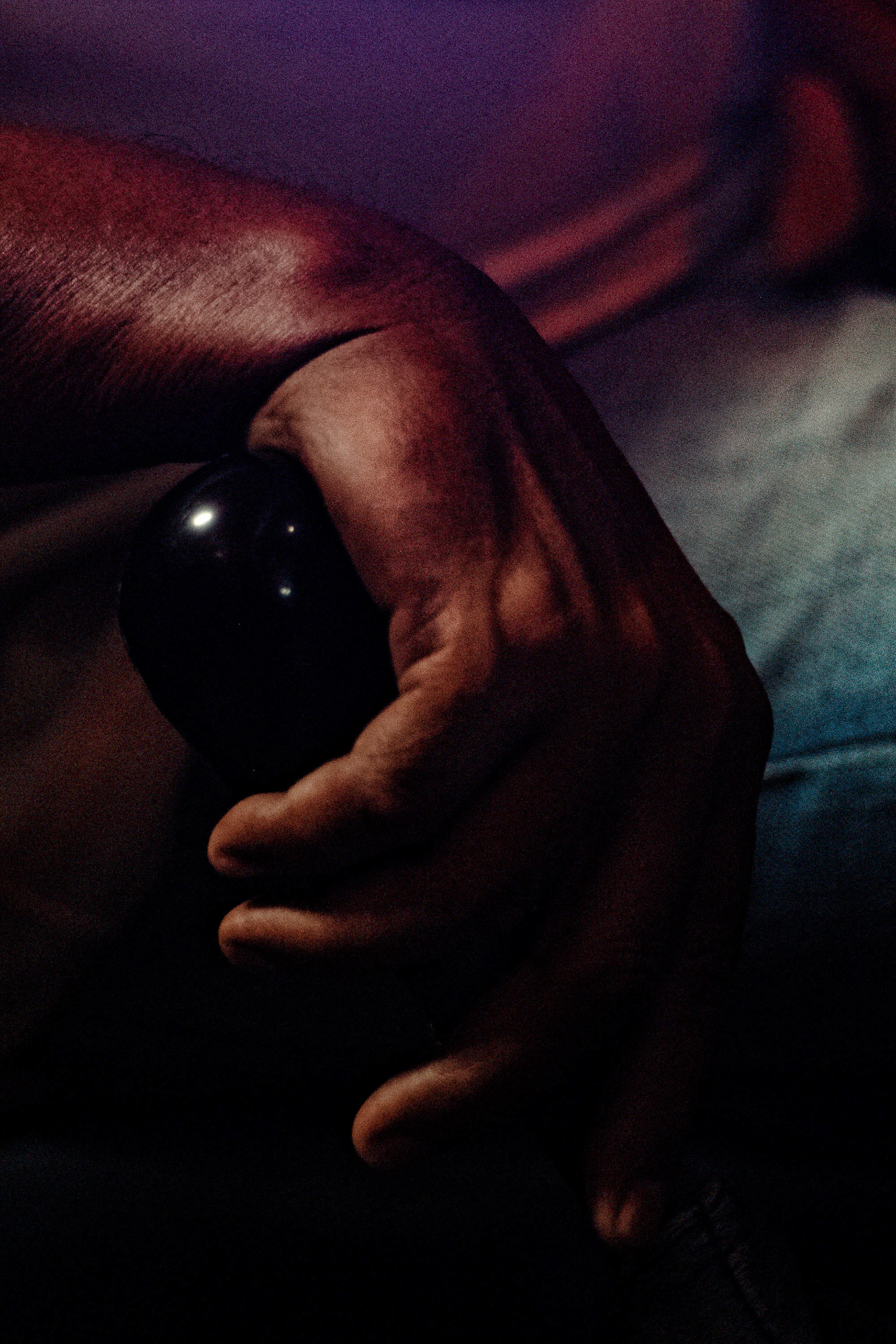 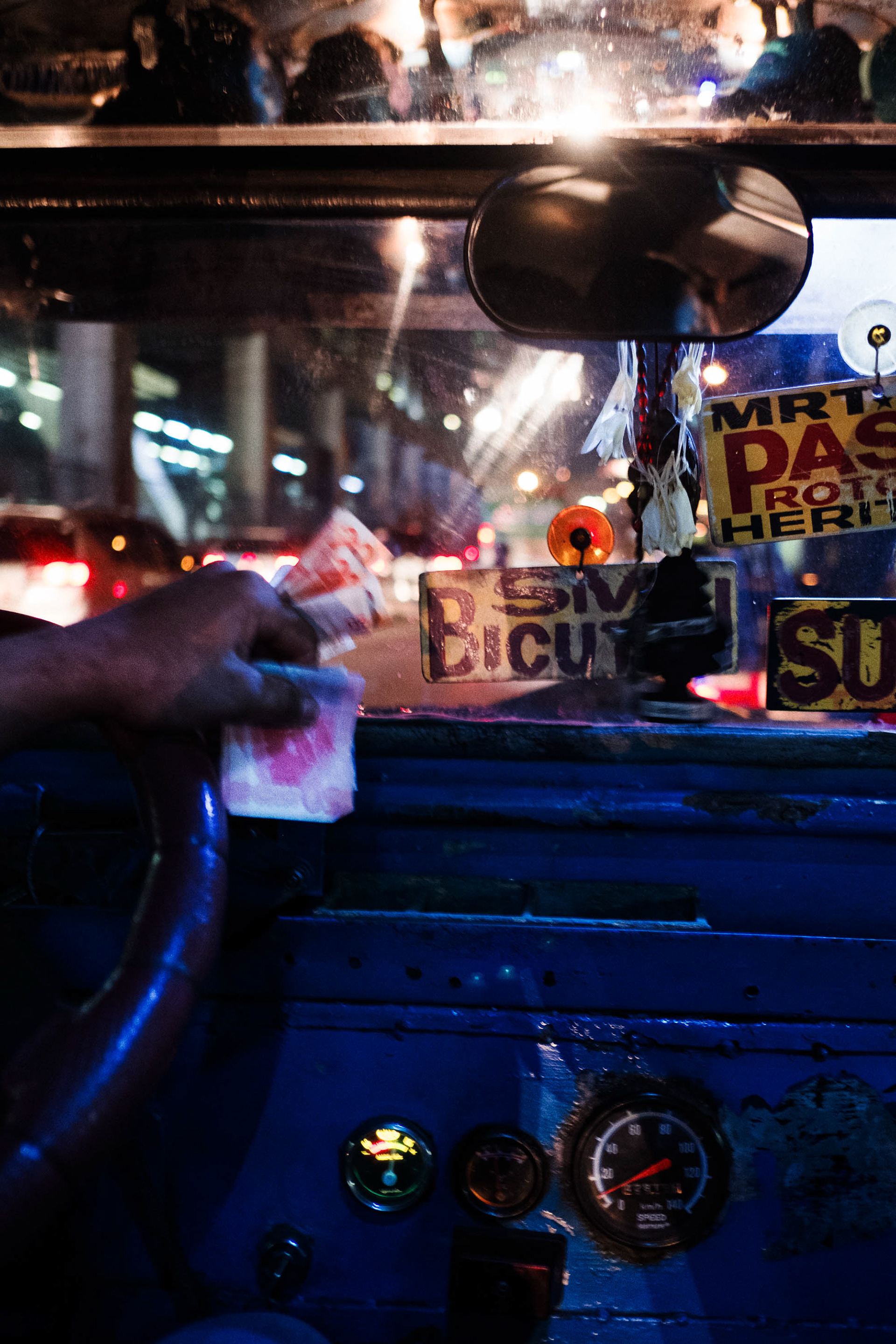 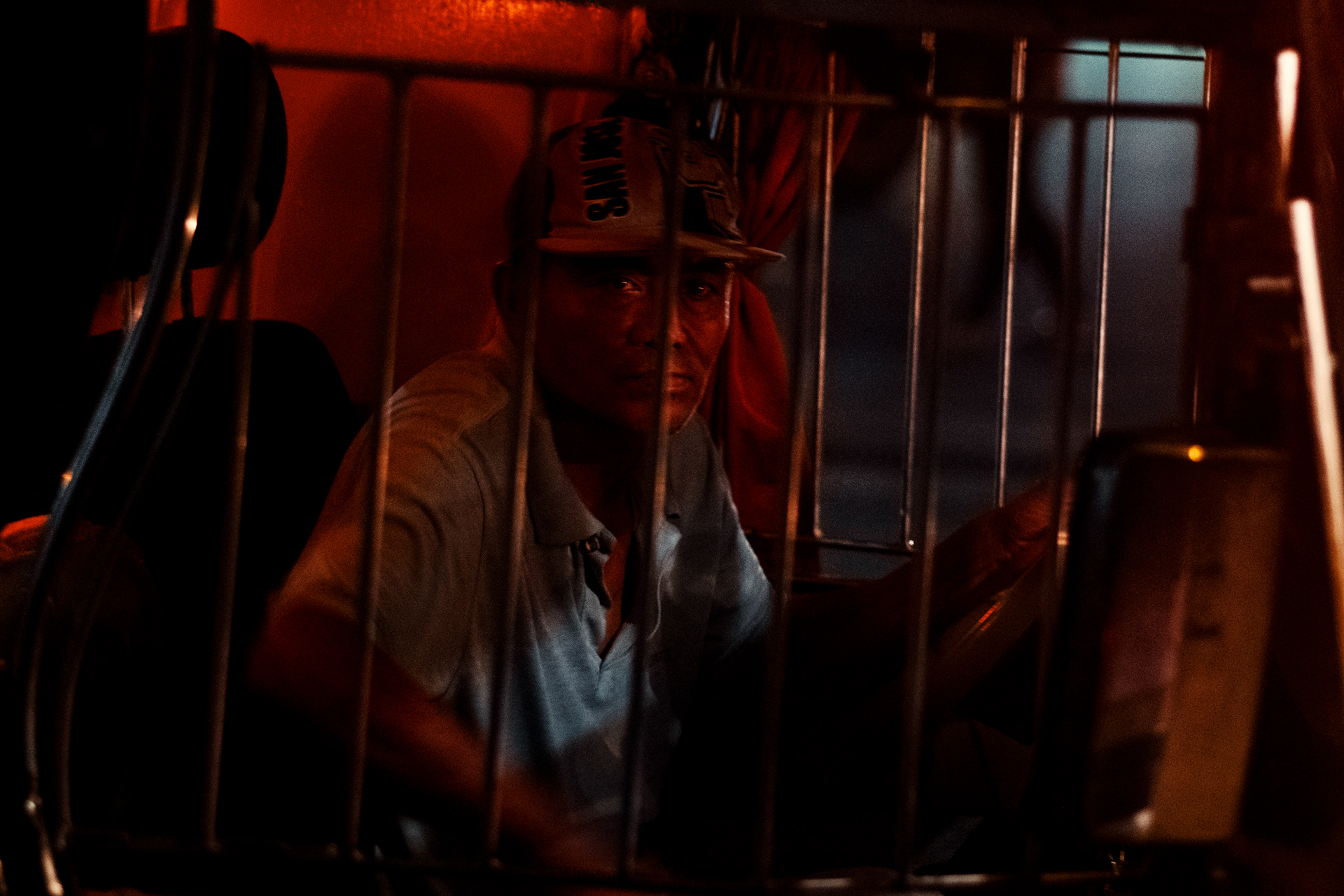 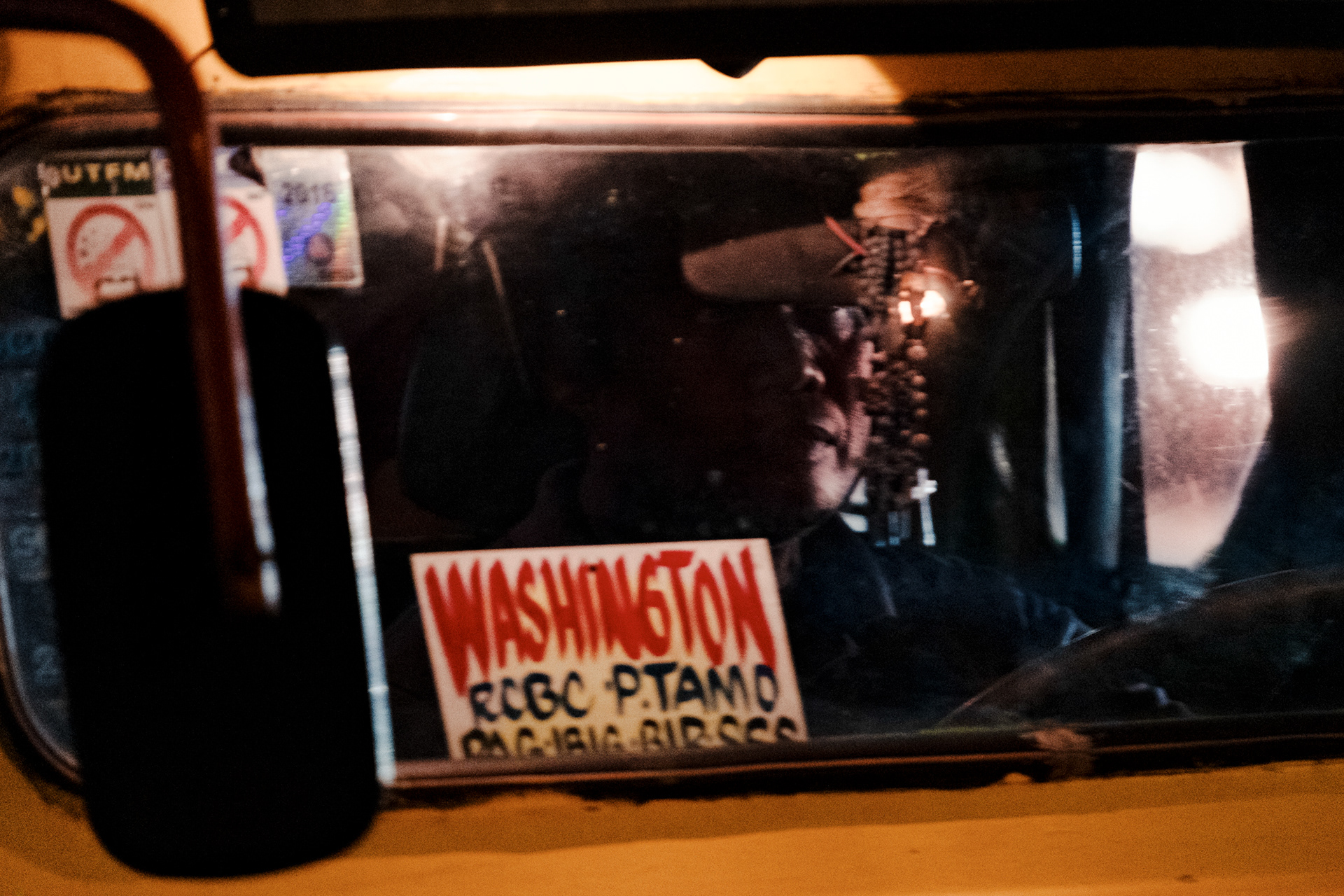 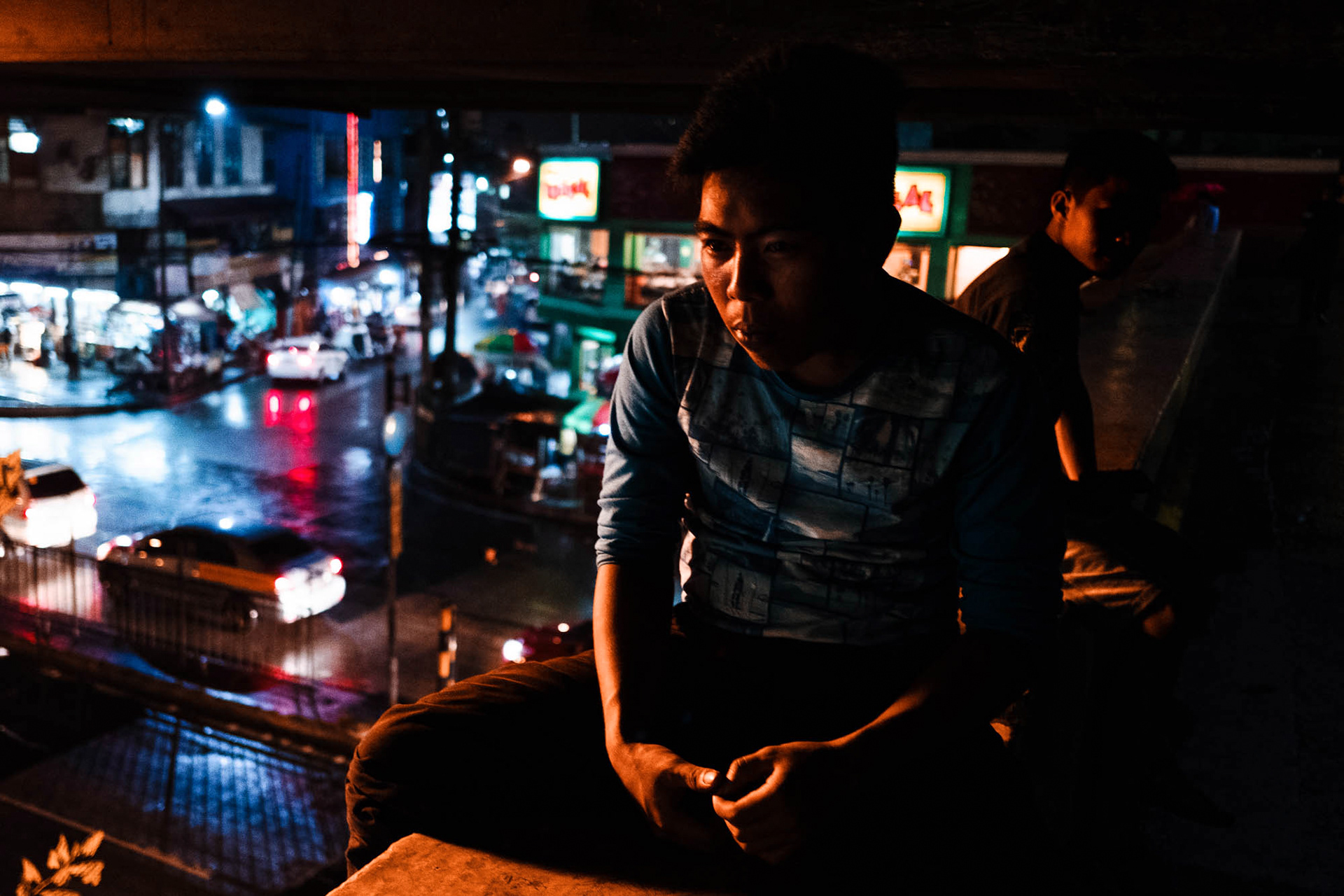 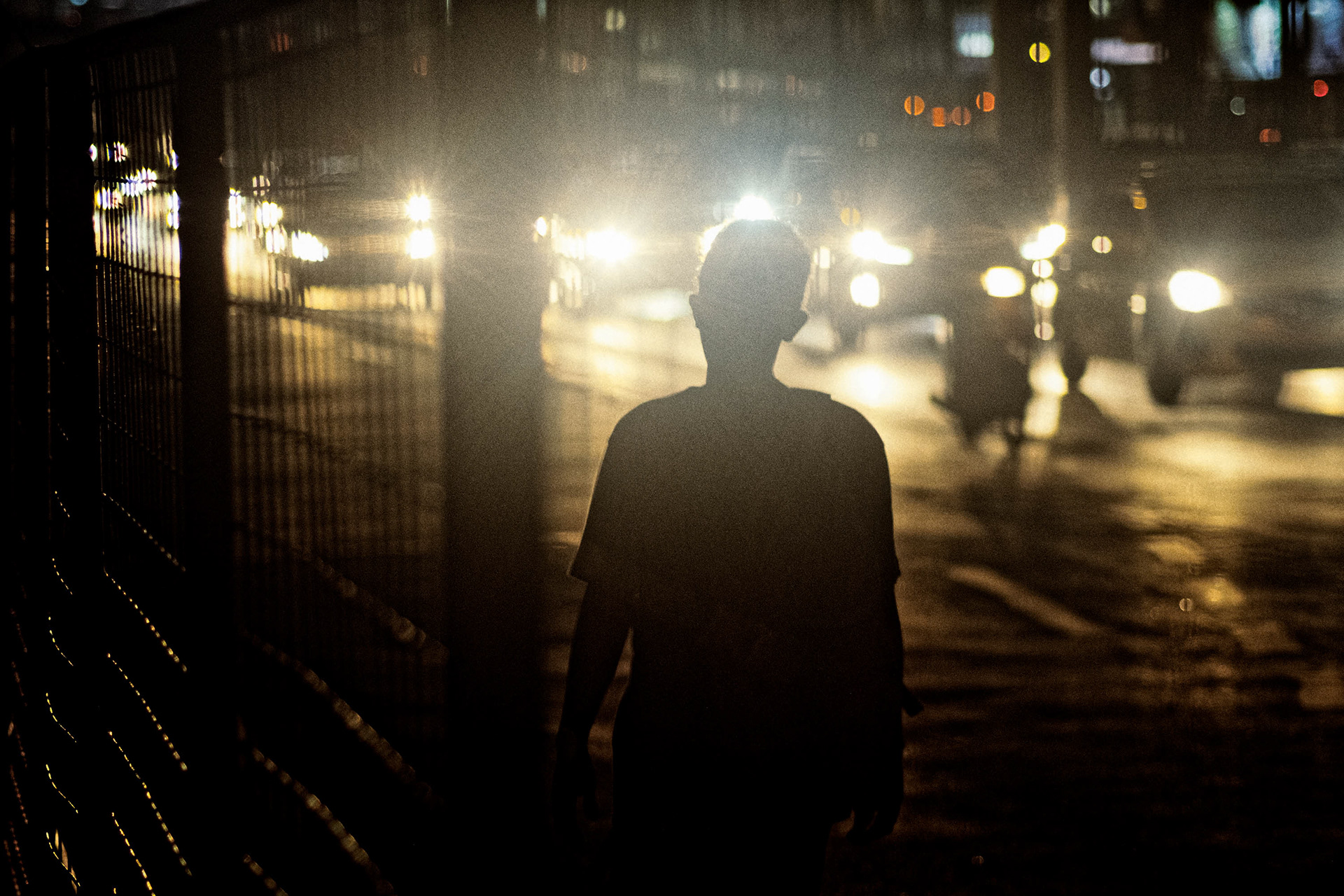 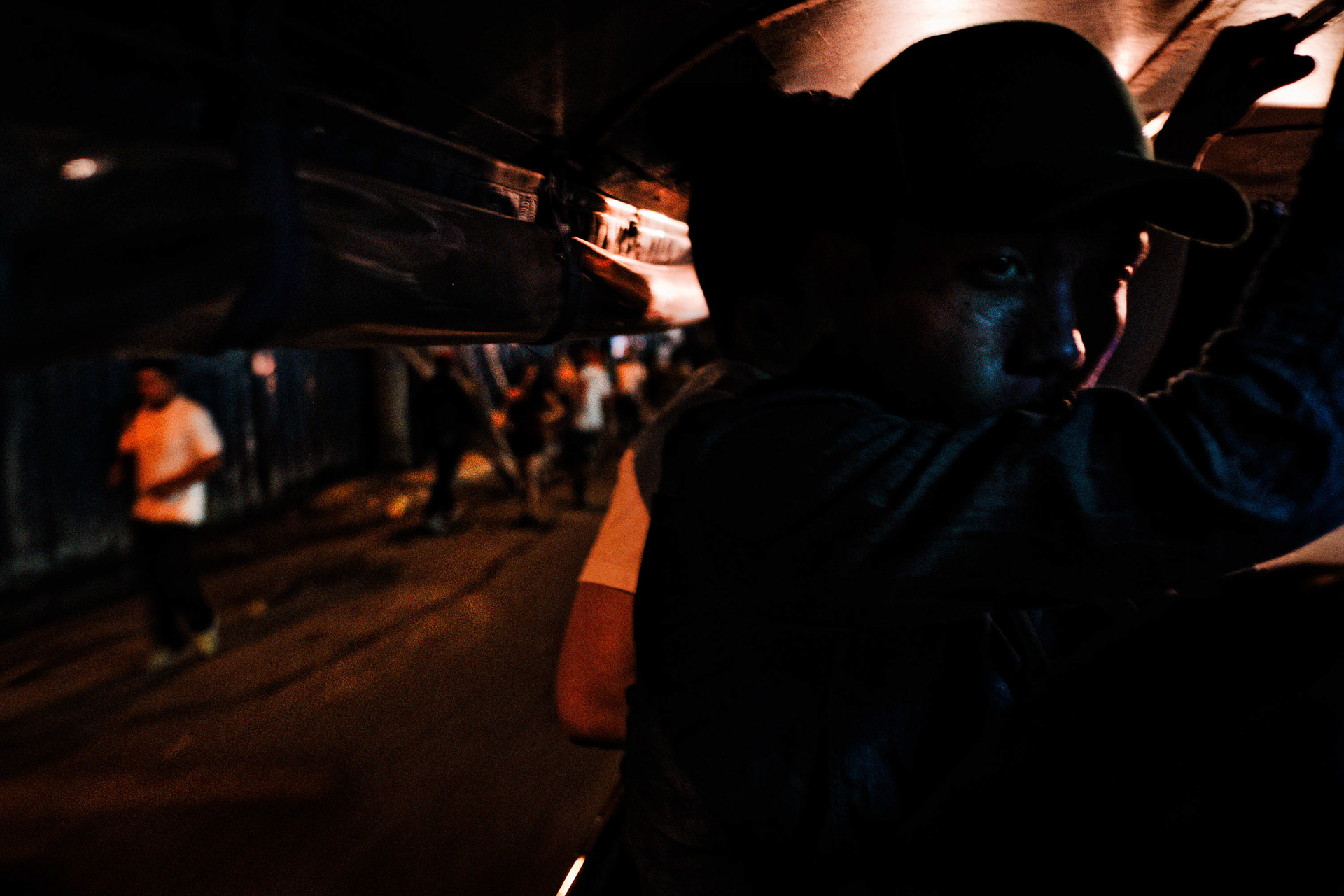 From Left to Right:  Men on a bridge,  Silhouette along EDSA,  Passenger in a Jeepney,  2017

(le) PLATEAU
↑Back to Top